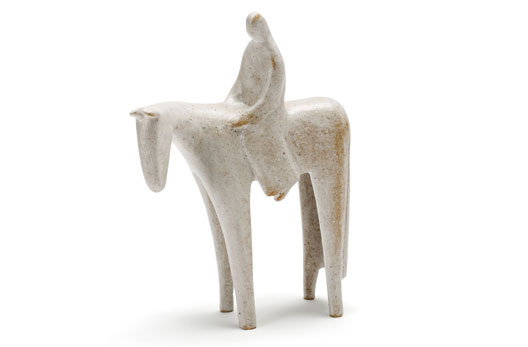 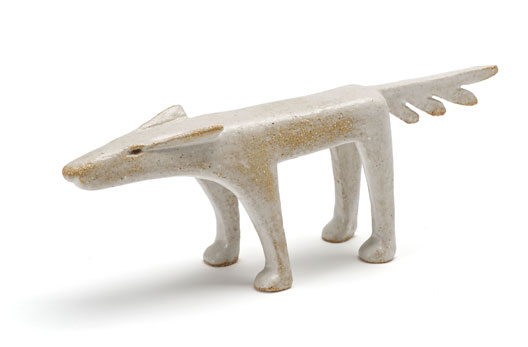 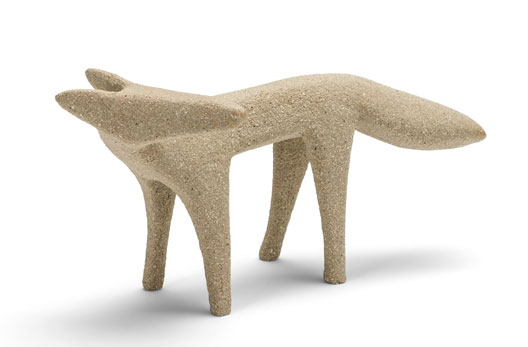 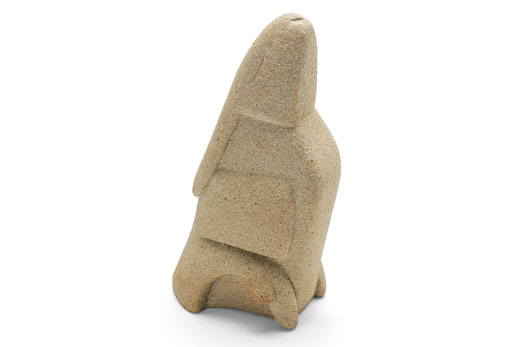 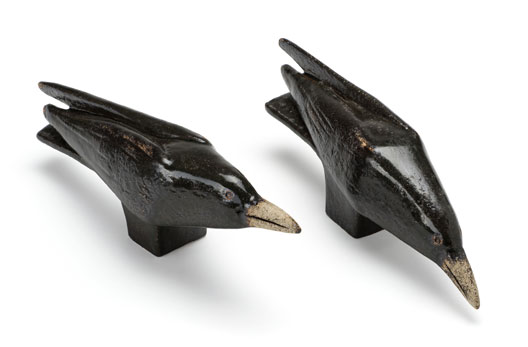 ‘Stephanie’s work is mostly influenced by animal forms. She has always had animals around her and the connection she has with them is the essence of her work.

Many years of observing them and the deep love and respect she has for them, is what she hopes to express through her work.

The ceramic forms she makes are stylised to emphasize power, elegance and grace or to convey a familiar holding of the body or movement of the head, perhaps a comical gesture or a deep sense of peace in a resting form.

The natural world has always inspired her, a love of wild places especially the West of Scotland where she spent her childhood and West Cornwall for its dramatic coastline and granite outcrops which themselves suggest ancient animals emerging from the land. It is  in West Cornwall that she now lives and works.

She is self-taught in ceramic sculpture having previously worked in stage management and theatre prop. making. It was on moving to Cornwall  in 1998 that she discovered a love of working in clay.