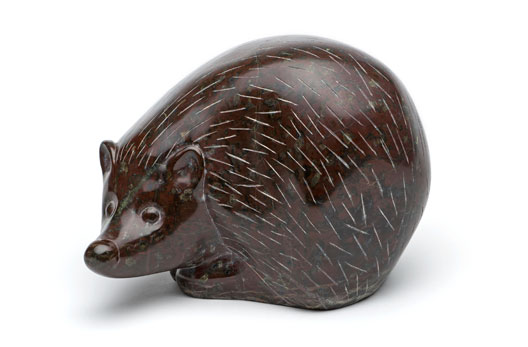 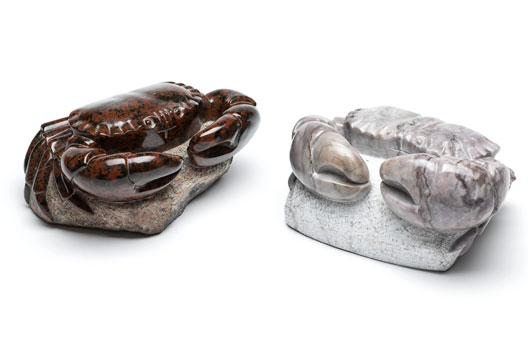 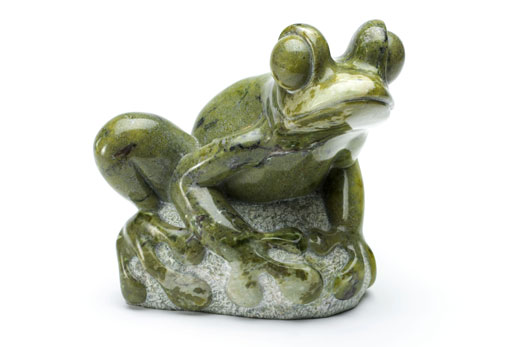 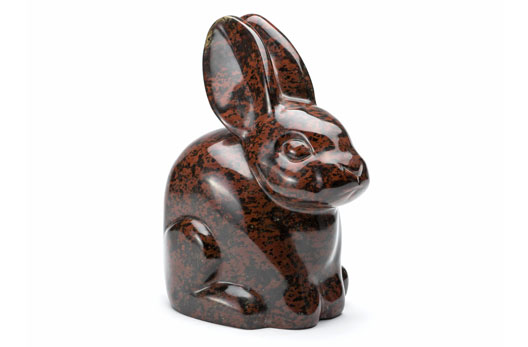 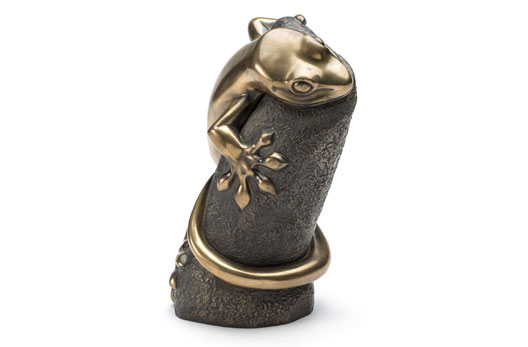 Born in the 60s and a native of Cornwall, Lawrence Murley has lived and worked in Penwith all his life.

Educated at Humphrey Davy Grammar School then later at the Sixth Form College, his favourite subject, geology, led to a position at Geevor Tin Mine as a sampler in the geology department.  The mineralogy of the mine, adjacent mine workings, and the history of the industry were all a very interesting part of the job.  The mine closed due to incompetence in London and Lawrence then took a variety of locally available work.

Taught originally in art by his mother, Theresa Gilder, he has been carving for several years, working in and collecting local stone to explore textures and adaptability for carving, serpentine stone being a favourite due to its variety of colours, hardness and texture.  The oily texture and inconsistent nature of the stone lends itself to the ancient celtic tene designs and producing various shaped heads from what stone is available.

When Lawrence is not doing any of the above he enjoys regular weight training and Shotokan karate.  Good weather sees him on the beach swimming and body boarding.

Information on placing marble statues outside.

Lawrence advises it is possible to place works outside in the garden.  Please note: All statues will deteriorate over a long period of time i.e. Roman statues.  He recommends polishing the work with a furniture polish containing bees wax followed but a buffing with a soft cloth. The sculpture will need cleaning once every two to three years.