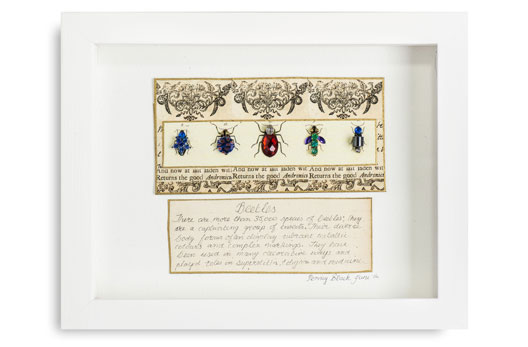 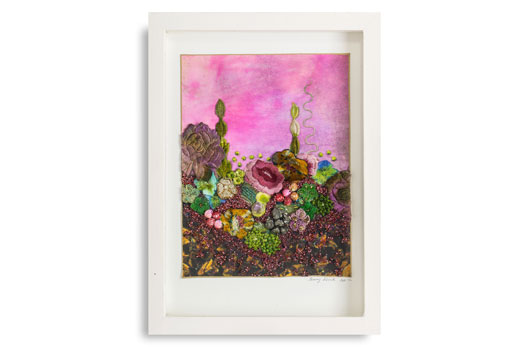 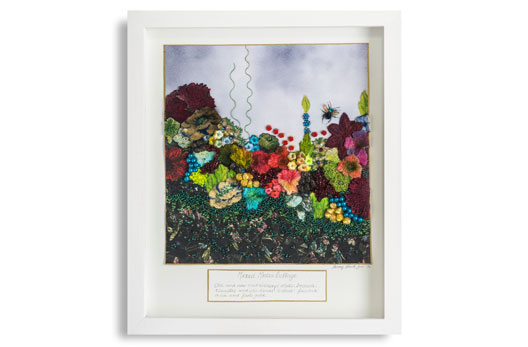 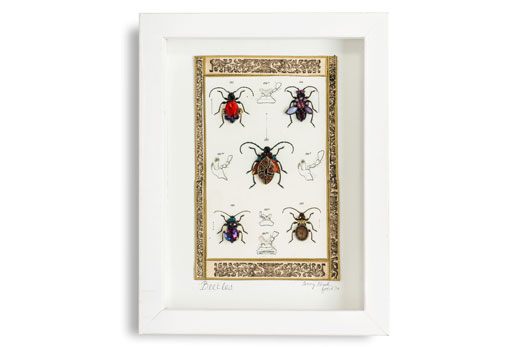 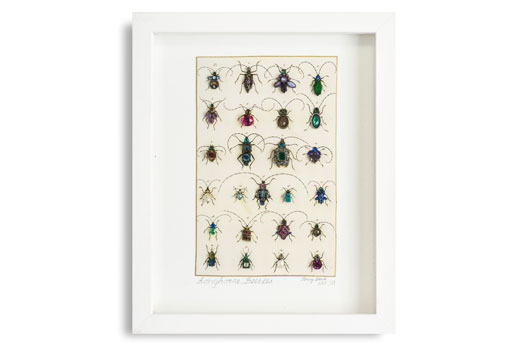 Penny Black lives in the far South West of Cornwall. Here, surrounded by a garden created by Penny and her husband, she has developed her collages, cards and jewellery, finding inspiration in a love of gardening and the natural world, not to mention a lifelong interest in old textiles and the decorative arts.

Penny’s garden and work have been featured on television (entitled ‘Consuming Passions’) both in this country and on the continent and in many magazine articles. Her work has been sold in galleries across the world and purchased by international companies and many media personalities. She has written six books

‘The Complete Book of Pressed Flowers’, ‘The Book of Pot Pourri’ and the ‘Scented House’, all of which became global best sellers and were translated into many languages and A Passion for Flowers, Dried Flowers and Cards and Collages which were acclaimed in both this country and the United States.

Beads, embroidery, paper, sequins and anything decorative are used in her collages and of course the occasional pressed or dried flower. Penny’s brooches and insect collages have come as an afterthought but all inspired by the natural world.